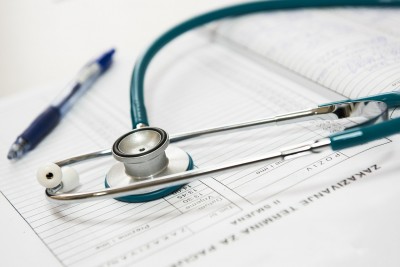 Tim has litigated numerous negligence cases under the Federal Tort Claims Act on behalf of Native Americans who received sub-standard care at Indian Health Service medical facilities, including the following:

Jay T. Allen, a 28-year-old Assiniboine man and father of four young children, suffered a stroke and was denied timely treatment at the Ft. Belknap emergency department, apparently because health care providers there thought he was intoxicated because of his stroke symptoms. This lack of treatment greatly exacerbated the lasting effects of the stroke. About a year later, Allen suffered a seizure and again was denied timely treatment by the Ft. Belknap emergency department and sent home, where he suffered another seizure and died. The case settled and created trusts for each of Allen’s children and provided funds to Allen’s widow to help raise their children.

An attending doctor at the Ft. Peck hospital determined that Andrew Sherman, a 24-year-old Army veteran who lived on the Ft. Peck Reservation, needed to have his gall bladder removed within 30 days. The IHS refused to schedule Sherman for the surgery because it was not an “emergency.” About 60 days later Sherman’s gall bladder perforated and he had emergency surgery to remove his gall bladder. Sherman developed pancreatitis and was hospitalized for over six months and had 19 surgeries to address the complications of the perforated gall bladder. Sherman was left with a massive ventral hernia. Tim arranged funding through Medicare and the Veterans’ administration to have Sherman’s ventral hernia repaired, since the IHS refused to repair the hernia. After Sherman’s hernia was surgically reconstructed, the case settled and allowed Sherman to move forward in his life.

Davis Long Knife, a 62-year-old Assiniboine man, passed out while sitting on a stool. When this, known as a “sitting syncope event,” happens, it is warning sign that a person’s heart is not functioning properly. Long Knife was taken to the Ft. Belknap emergency department and was observed for a short time, then discharged. He suffered a fatal heart attack the next day at his home. The attending physician at the emergency department had not run the proper tests to determine the condition of Long Knife’s heart, and had not consulted any cardiac experts. The case settled prior to trial.

Venus Bear Cub died while having an asthma attack at the Fort Belknap Indian Health Service emergency department because the attending physician did not respond in a timely manner and failed on numerous occasions to intubate Venus. The case proceeded to trial, where the district court ruled that the Indian Health Service was negligent and this negligence was the cause of Venus’ death. The court awarded her spouse and family $275,385.11.

Tribal member Bruce Doney experienced a sitting syncope event, causing him to lose consciousness. He was transported to the Fort Belknap Indian Health Service emergency department, where providers examined him and sent him home, where he had a myocardial infarction and died. Indian Health Service  providers failed to administer the proper tests to determine the cause of Bruce Doney’s syncope event. The proper tests would have revealed that Bruce had suffered a heart attack and was susceptible to experience another heart attack. The case settled prior to trial for $75,000.

Fort Belknap Indian Health Service providers failed to diagnose a dental abscess, causing tribal member Lenore Stiffarm to lose several teeth and part of her maxilla. The case settled prior to trial for $60,000.

Fort Belknap Indian Health Service providers failed to refer tribal member Rosella Sullivan for proper follow-up for her knee replacement, which caused significant issues with her knee, eventually requiring her knee to be fused. The case settled prior to trial for $165,000.