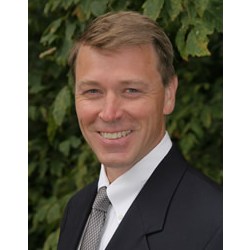 Tim Bechtold grew up on a dairy farm near Cold Spring, Minnesota, and graduated from St. John’s Prep School in Collegeville, Minnesota, before getting his undergraduate degree in biology from Harvard College in Cambridge, Massachusetts. Tim spent a post-graduate year in Munich, Germany on a Rotary International Fellowship, then earned an MS in Environmental Studies at the University of Montana, followed by a JD with high honors from the University of Montana in 2000.

After law school, Tim served as a law clerk to the Hon. Donald W. Molloy, Chief United States District Judge for the District of Montana. Tim entered private practice in 2002 as an associate with the Missoula law firm Rossbach Brennan, PC, which became Rossbach Hart Bechtold, PC in 2003.

In 2008, Tim established a solo practice in Missoula as the Bechtold Law Firm, PLLC. The focus areas of Tim’s practice are environmental and toxic tort cases, as well as faulty products, personal injuries caused by negligent acts, and select areas of constitutional law. While most of Tim’s cases are based in Montana, he has litigated cases in California, Oregon, Washington, Alaska, Utah, Colorado, Idaho, Kentucky, Pennsylvania, and the District of Columbia.

Tim is active in community organizations in Missoula. He currently serves on the Board of Directors for Friends of Missoula Parks, Brennan’s Wave, Montana Law PAC, and the Harvard Club of Montana. Tim was Chair of the Missoula City Park Board from 1999-2011, and has also served on the Boards of many community organizations, including the Missoula Area Youth Hockey Association, Missoula Lacrosse, Montana Lacrosse, the Wild Rockies Field Institute, Sussex School, Missoula Bike, the Society for Conservation GIS, and the Montana Bicycle Racing Association. The Bechtold Law Firm sponsors recreational and competitive hockey teams, lacrosse teams, and bicycle racing in Montana.

Tim and his spouse Karen have two adult children, Stellan and Bente. The family enjoys skiing, backpacking, mountaineering, boating, fishing, biking, hockey, gardening, and other outdoor pursuits. Tim’s mom grew up on a ranch near Nashua, in Valley County, Montana, and Tim has numerous relatives scattered across Montana.