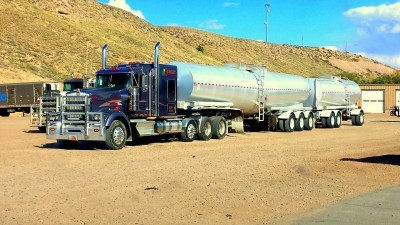 A large fuel tanker hauling unleaded gasoline turned over next to Flathead Lake, spilling thousands of gallons of gasoline that contaminated the properties of several landowners. The Bechtold Law Firm represents the landowners to help them restore their properties and recover their damages due to the fuel release

A mining tailings dam failed and caused thousands of cubic meters of mine waste to flash flood a mountain valley, eventually inundating the Johansens’ property with mine waste. The mining companies quickly settled the case with the Johansens prior to litigation being filed.

A teenager backed into a gasoline dispenser at a Missoula gas station in the middle of the night, causing several thousand gallons of gasoline to be released when the automatic shutdown mechanisms failed. Tim represented the gas station owner in arranging the remediation of the spill and in litigation over the shutdown mechanism. The case settled prior to trial.

A manure pumping coupling at a hog operation failed in the middle of a winter night and almost 500,000 gallons of pig manure flowed across the Reddens’ ranch, almost reaching the Little Bighorn River before the manure flow was halted. The ammonia in the manure poisoned the Reddens’ ranch fields and caused numerous respiratory issues. The case settled prior to trial.

A semi carrying dyed diesel drove off the road near Plevna, Montana, crashed, and released thousands of gallons of dyed diesel into a creek on the Riegers’ ranch next to the road. After several years of ineffective remediation efforts, the case settled on the eve of trial.

While it operated the Troy Mine, ASARCO employees had disposed of barrels of mine waste by dumping the barrels into the tailings impoundment. ASARCO vehemently denied any knowledge of any such activity, however ASARCO’s employees revealed in deposition testimony under oath that such dumping had taken place. Before the case could proceed to trial, ASARCO declared bankruptcy, and the case settled in bankruptcy proceedings.